Grip It and Rip It With John Daly

For the fifth time, the Insperity Invitational will qualify up to twelve (12) competitors do their best to out drive John Daly after the first round on Friday, April 29.  The event, emceed by Fuzzy Zoeller, is a fan favorite and gives fans the chance to bear witness to some of the longest hitters in the Houston, TX area.  Whoever out drives John Daly and beats their fellow competitors will win a trip for two (2) to play golf at Fuzzy Zoeller’s home course in Southern Indiana and have dinner with Fuzzy. The trip includes airfare, lodging, and golf and dinner with Fuzzy.

Leading up to the finals, the Tournament will host local qualifiers at private and public venues where the winner of each will get the chance to take down Long John. The finals will take place on Friday, April 29 immediately after the first round. Estimated start time will be 5:15 PM.

QUALIFYING SITES – OPEN TO THE PUBLIC

QUALIFIED COMPETITORS – as of April 11 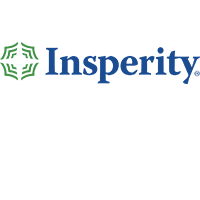